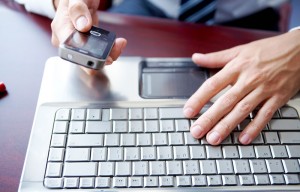 The new Windows 10 operating system is purported to be the best Windows ever. The combination of ease of use for new users, automatic updates, and built in security features is causing small to medium sized businesses to breathe a sigh of relief as business owners dream about spending less time and money on training and more energy on making money – finally.

Windows 10 is Easy to Use

The new OS combines the interface of Windows 8 with the Start menu of Windows 7. This is a godsend for small business, because it means not having to train employees to complete mundane tasks, such as syncing a Bluetooth device. Such options are readily available on the Start menu now. The Windows 10 Start menu is designed to be easy for new users. Check out some of the things users can now do right from the Start menu:

In addition, the new OS is designed for all platforms, especially smartphones. When using Windows 10 on your smartphone, it will only display the finger-control interface. All in all, Windows 10 is great for SMBs who want to avoid high training costs.

Microsoft experienced the pain first-hand of customers complaining about having to upgrade from Windows XP and later from Windows 7 to 8. Microsoft Vice President for Operating Systems, Terry Myerson, explained that the company never wants to be in the position of having to convince people to buy the next version of Windows again. The plans for Windows 10 include a continuous series of upgrades performed automatically. This means that in the future, questions about what version of Windows you’re running will become meaningless because everyone will have the same version as universal upgrades begin to take effect, making business as seamless as ever.

Windows 10 is offering new ways to protect users from dynamic script-based malware and other forms of cyberattack. Specifically, they’re using AMSI (Antimalware Scan Interface), an interface standard that allows applications and services to integrate with any existing antimalware product on your PC. Applications can use AMSI to scan files and employ other techniques to identify malicious behavior. This means that your device will automatically be inspected on a much deeper level than before.

Windows 10 has made quite the leap, and those who have tested the new OS report only good news. To learn more about how the new Windows 10 OS can improve your small to medium sized business, contact your trusted IT advisor today.